Today we had the chance to take a first look at the new Microsoft Motion Controllers and the Acer Mixed Reality (MR) headset in our office. As partner for a health/medicine research project made by Diagnost-X we are about to create a mixed reality tutorial and instructions for a lab, which empowers medics in India to learn the procedure needed producing the product. We will keep you up-to-date about this project on this blog. 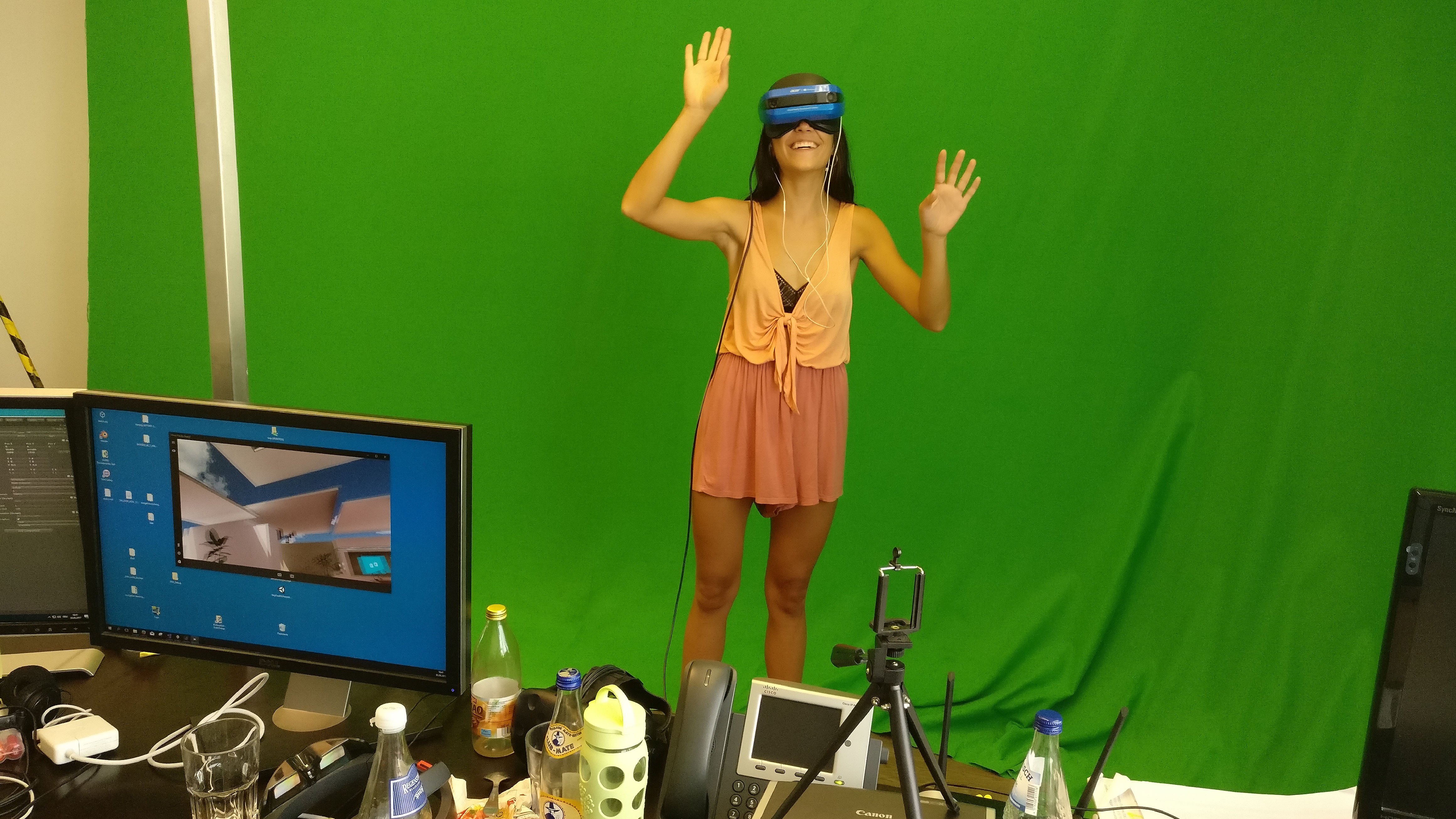 First a small unpack video for you.

You can look up the specs of the headset here:

And the ones for the controllers here:

Setting it up is easy as 1,2,3. Just start the Mixed-Reality Portal Application on your Windows10 machine, procede through the setup, where you basically just carry around the headset in a rectangle which should be your playspace and voila, done.

Now we are able to put on the headset and dive into the MR enviroment.

The headset is very lightweight. Its headstrap reminds me on the one of the new Vive headstrap. You can fold the google-part up, so working with it while carrying it on your head is quite comfortable and less annoying.

The Motion Controllers need a little more setup. Because you need the newest version of the Windows 10 Insider Built, which comes with the drivers for the controllers. Once setup, just plug-in the bluetooth dongle and connect the controllers via the Mixed-Reality Portal application.

The Motion Controllers, feel very light-weight. They look and feeld very welll designed and engineered, like every finger matches the button and control-stick positions naturally. The LEDs in the ring of the controllers, which need to be there for the tracking system, look very futuristic and cool.

A small example on how to use them and a demoscene will follow as soon as we find time.

Made with <3 at ART+COM AG in Berlin.