They are going be produced in small amounts and can be configured and used instantly to create small user interactions for several media exhibits.

In standby mode, batteries should last several months. Since they will be used only a few times a day, wake-up duration will probably be less than one minute per day. They should be as small as possible. Data rate is no concern since only small amounts of status data will be transferred.

Esp8266 is a tiny SoC with 2,4 Ghz Wifi and several GPIO-Pins. It’s available on a couple of breakout boards, starting at about 2 € per piece. Many of them are made by AiThinker or Espressif There is a gcc-compiler available and the Arduino community supports the tiny module pretty well. It has only one analogue input and just a few GPIO pins. We tested a ESP8266 ESP12E Module. They have a printed antenna on the pcb itself.

RFM69HCW is a 433Mhz transmitter with integrated protocol and acknowledge handling. It can be combined with any microcontroller with SPI interface. We’ll propably going to take a AtMega 32u4 that has an integrated USB stack for easy deployment and debugging. Deep sleep current is mainly dependent on the current consumption of the microcontroller itself. The RFM module’s standby current is negligible. There are ready-made Arduino modules called Moteino with RFM69HCW as well that might be worth trying. 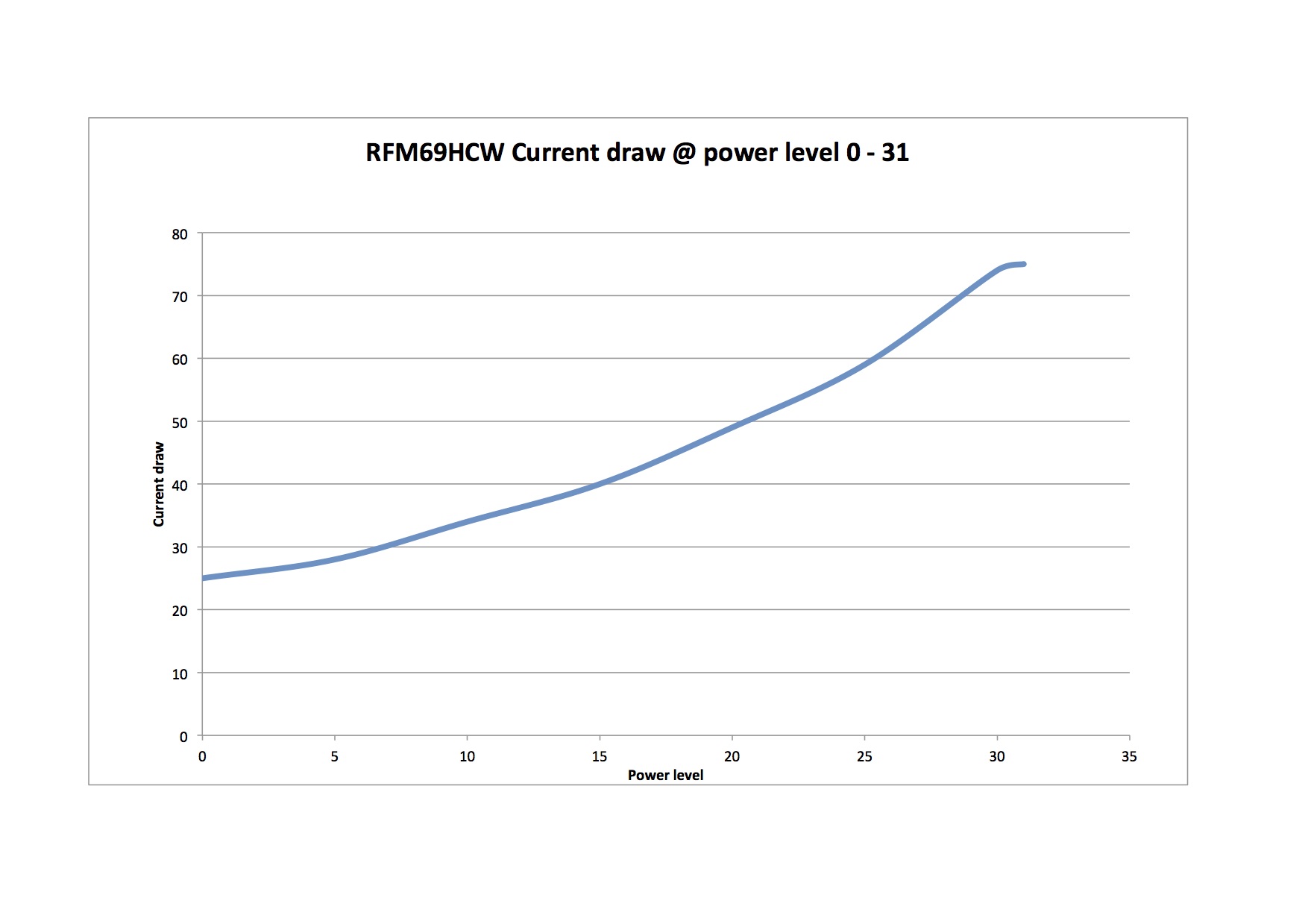 To confirm the data sheets of the manufacturers, we did some own power measurements. The current was measured with a INA129 I2C current sensor and a small Arduino sketch to read out the values. The sensor is much faster than a multimeter which isn’t suitable for measuring such short peaks. 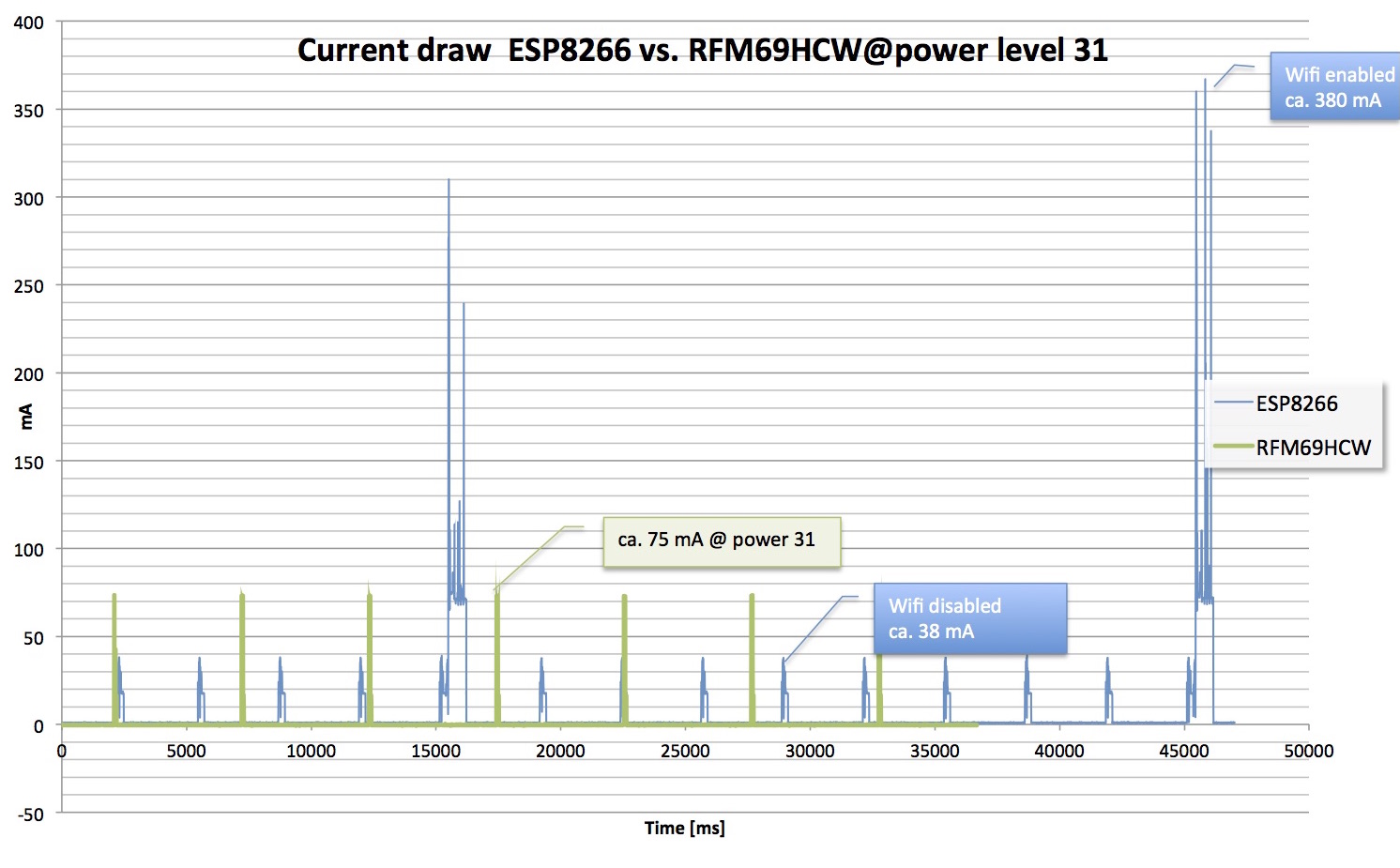 Especially the current peaks are interesting to choose the battery type. Typical lithium coin cells can’t handle high current draws of several hundred milli-amperes. For higher currents, coin cell shaped Li-Ion batteries are available which have only about half of the capacity of lithium cells. The LIR2450 is much larger than the CR2032, but has less capacitiy (210mAh vs. 120mAh). The ESP8266 can only be powered through a Li-Ion-cell, while the RFM69HCW might be powered through a CR2032 when it’s not transmitting at full power. A capacitor to smooth out the highest peaks might be another solution to work with CR2032 coin cells. Thus a sensor with the RFM69HCW will very likely have longer standby time while being smaller because in can be powered through a battery type with a much higher energy density. 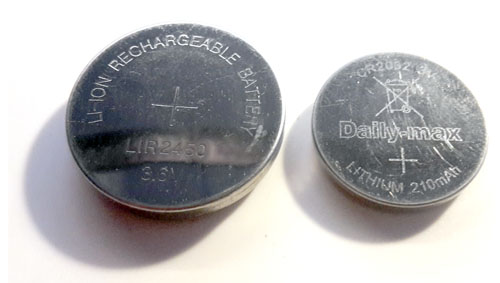 In the next part, we’ll build two prototypes for testing and comparison and we’ll see how they will behave in real life. Stay in touch.